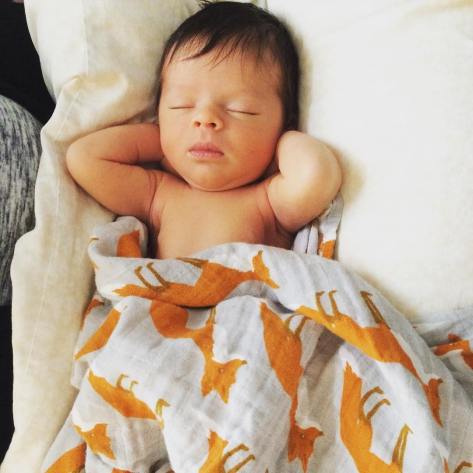 The middle week in January was a real roller coaster for me. On Wednesday, January 13, I found out the cable network where I’d been working for the past two years, Al Jazeera America, was shutting down in late-April.

That news was barely digested when, on Friday, my wife, Kiera, went into labor.

Siddhartha Reyes Swaminathan was born in the wee hours of Saturday, January 16, overshadowing any other event that took place early that week and more or less all of them before it (at least in my life).

His first few days have been intensely documented via several iPhone cameras and even a couple traditional ones. If you want to watch him as he grows, we took inspiration from friends and made him his own Instagram account, @sidsw4mi, you can follow him there.

Work stuff will sort its out, but I’m feeling totally consumed by this little guy right now—and have to imagine I will be for the foreseeable future.

Journalist. Husband of a journalist. Dad to two. ATL-bred. Back in town after stops in Brooklyn and Oakland.